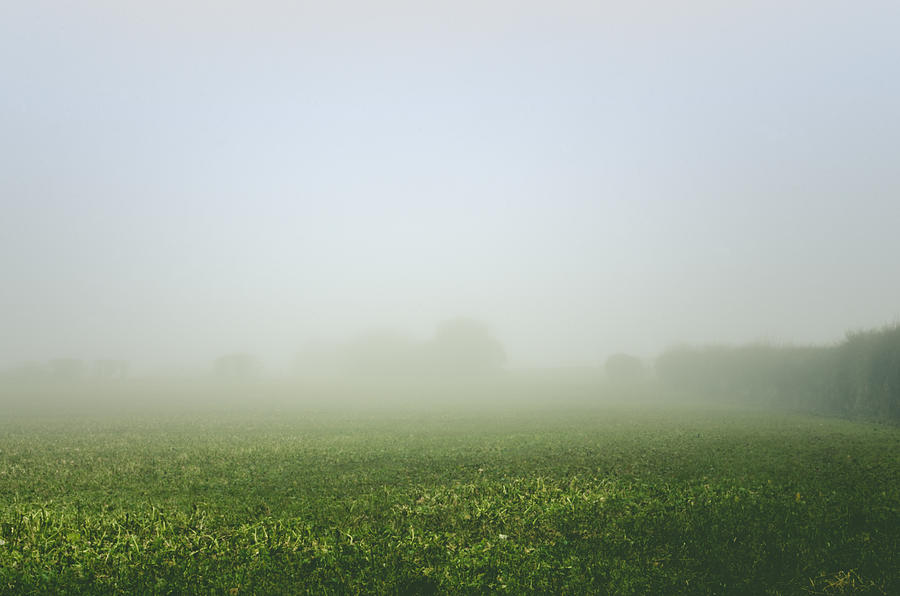 Fog is a collection of liquid water droplets or ice crystals suspended in the air at or near the Earth's surface.Fog can be considered a type of low-lying cloud and is heavily influenced by nearby bodies of water, topography and wind conditions.
I opened my eyes to fog, not something we see a great deal of so i was determined to take some of the photographs i had longed to take.
We drove all over the place, to all of the areas i had spotted that would make great foggy pictures when the time was right. This was the second stopping point and i think it is the best image, it certainly has the look i was striving for.

Congratulations on being featured in the Fine Art America Group "Images That Excite You!"